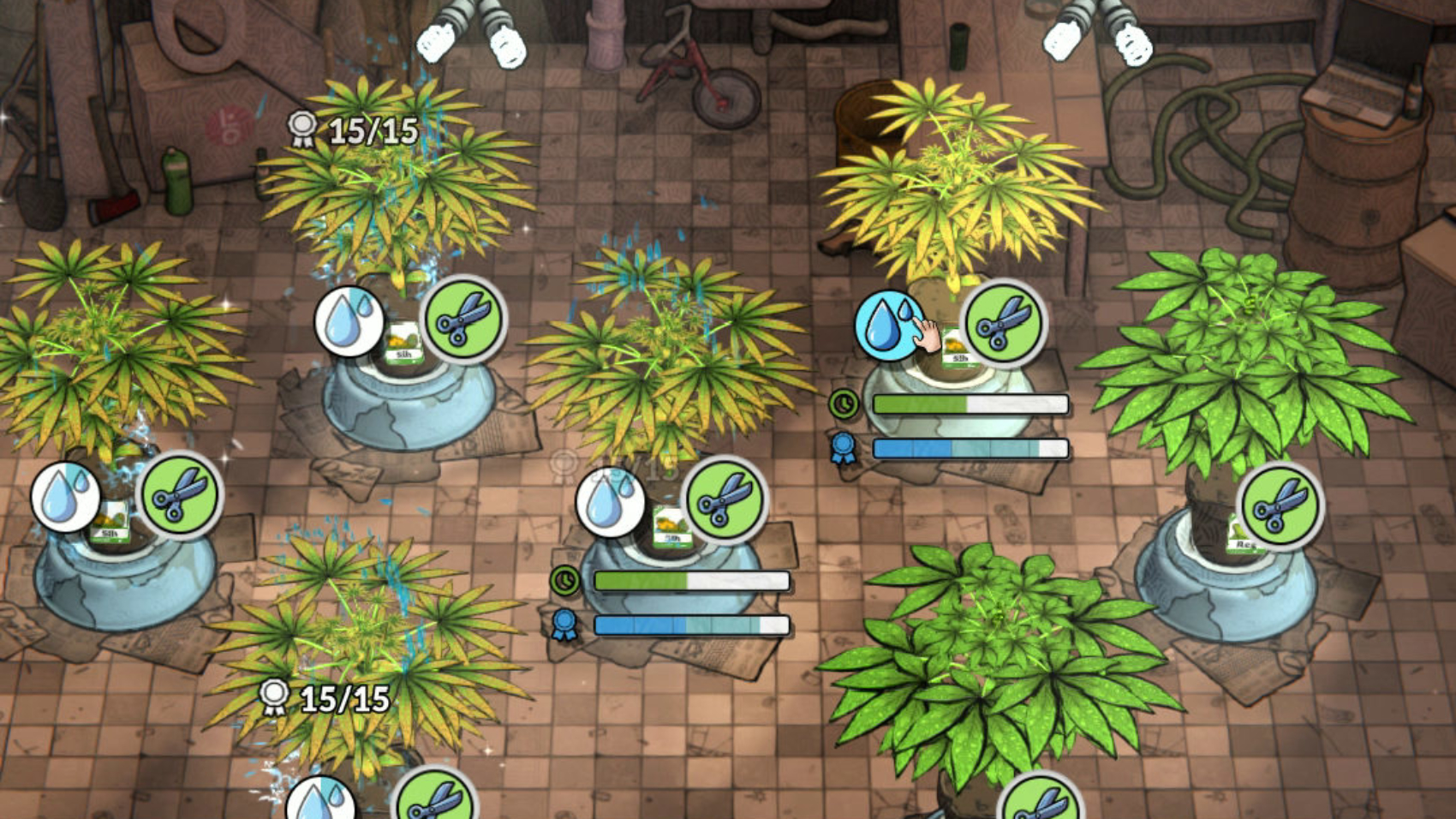 Devolver Digital is struggling to market their Marijuana Tycoon game, Weedcraft Inc, to the masses. Co-founder Mike Wilson calls the situation a “Nightmare”.

It’s not too astonishing to hear that cannabis-centric video games are being released in 2019. Although approval for Cannabis legalization is currently a hot topic across most of the world, the video game industry still remains skeptical. This stance was recently showcased in the treatment of ‘WeedcraftInc.’ – The new cannabis tycoon game developed by Vile Monarch and published by Devolver Digital.

In an interview withTechcrunch(viaGI.biz), Wilson reflected on how influencers playing countless games about murder and violence are rarely penalized with demonetization, while a game about legalized marijuana – one that doesn’t show any drug use whatsoever – has faced relentless resistance.

“This is definitely the hardest game I’ve had to market, and that’s saying something,” Wilson said. “It has been a f–king nightmare. The fact that we’restill so afraid of a topic like weed instead of the murder simulators you can market anytime, anywhere, it’s shocking. This isn’t a pro-legalization game; this is a tycoon game,” Wilson added. “We wanted it to be representative of all the social issues involved. It’s kind of like doing a game about booze in the prohibition era – like, what an interesting industry to study, right?”

Since its release, ‘Weedcraft Inc.’ has been shunned by the gaming industry and marketing platforms. It was blocked from debuting on all of the major home consoles, including Microsoft’s Xbox One, Sony’s Playstation4 and Nintendo’s Switch.

In social media, Facebook refused to allow Devolver to run ads for the game on their platforms. And gamers who attempted to stream ‘Weedcraft’ on YouTube have seen their videos get hit with demonetization.Facebook has since relented, although videos related to the game remain demonetized on YouTube. Devolver Digital’s experience shows that globally enforcing rules related to a drug that is now recreational in many states and in all of Canada remains a messy issue for social media companies.

Though Youtube has recently begun cracking down on videos focused aroundgun violence, the site’s guidelines contain a specific carve out to note that “violence in the normal course of video gameplay is generally acceptable for advertising.”

Devolver representative Stephanie Tinsley called out that distinction on Twitter, pointing out that “Murdering people is also illegal in every state and country around the world but there’s still a billion videos showing games that do that on Youtube, so it’s really less about what’s legal and more about hypocrisy, I think,”